Meopta is a company in the Czech Republic that currently produces optical and pointing optical systems, intended for civil (medical, medical and scientific) and military applications.
In the past, it also produced enlargers, cameras, cameras and projectors.
It was founded in 1933 in Přerov (Czechoslovakia), as "Optikotechna", by Dr. Alois Mazurek and by Eng. Alois Beneš.
His first field of production were optics for enlargers.
In 1946, the company assumed the current name Meopta ..
From 1992 he began his collaboration with the "TCI" of New York (born in 1960 as "Tyrolit Company"), which became his subsidiary in 2005 with the name "Meopta USA".

Beginning in the sixties, Meopta created a stereoscopic visor called Meoskop, one of the most popular and popular imitations of the well-known American View-Master. The disks produced for this system, perfectly interchangeable with the View-Master ones, offer a glimpse of life beyond the curtain from the sixties to the eighties. [3] [4]

a matter of perspectives, took the past Agoust, with a flexaret - Fomapan 100, xtol 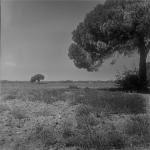