Net Art (often confused with the Web Art), is characterized by a strong sharing spirit , interactivity, and gives to Art an Absolutely public role.

Moves away from the hopelessly romantic notion of art as an expression of the genius of the author, to latch on to the archaic values of the community, and the work of art as a collective vision of a group of people.

Tangible traces of this concept in the modern era can be found for example in some African cultures: these people (at least before they were contaminated by Western culture), the work was in particular based on the seasons of the year and of life ..

So, anyone, to the inside of a tribe, he found himself to be a farmer, rancher, hunter, and clearly artist. The objects of African art, are in fact often forged by several hands, sometimes by a whole tribe.

This concept can also be found for example in Greek culture "classic" works of art were signed by the "community", and not attributed to a particular artist ..

We also think the figure "symbolic" of Homer, considered by many as a metaphor for the collective consciousness oral Greek. For many, the various books of the Iliad and the Odyssey, were written by different hands, and at different times.

But both signed by "Homer" Only in the classical era, works began to be attributed to specific people, but still, for a long time, "studies", or "masters," or schools, they worked numerosissimie people.

The net art crosses the boundaries of the community to speak at geographical basis, to extend to the global ones made possible by the Internet, not so delineated by physical proximity, but also from the intellectual affinity, or share specific interests. In the works of net art, the interactivity is essential: the users will be asked to express their creativity, for example uploading your own images, that will interact with the formation of the work itself.

Or, a unique "electronic painting" can be generated by multiple hands, via a web application able to interface with touch screens of iphone, ipad, or PC the next generation.

Beyond the history of the art of net art, for which, at the time, I refer to wikiartpedia.org, it seems very interesting to mention some web applications that provide concrete, and without any "claim" artistic (at least, in the sense "romantic "the term), to collaborate more users to a common artistic project: 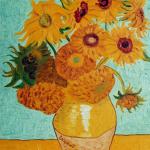 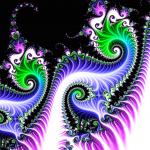 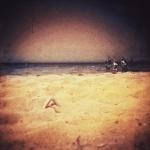